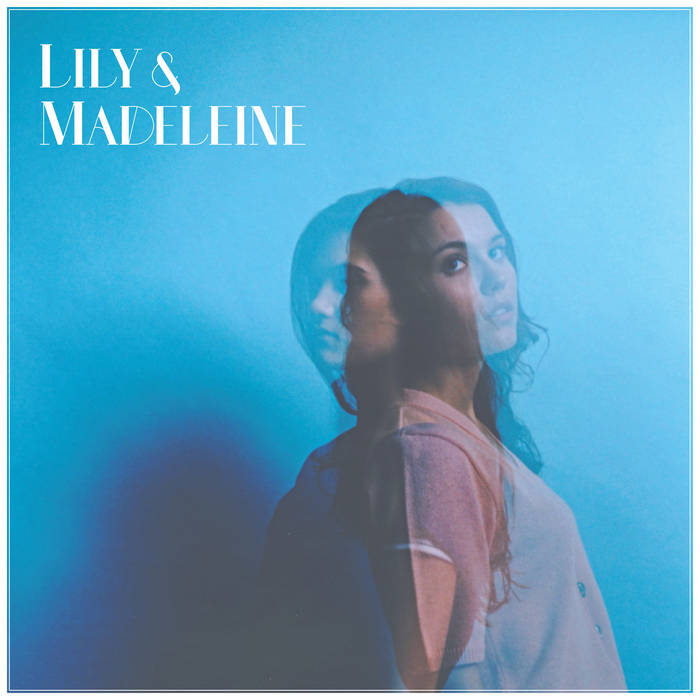 Don Soper First heard these girls on a Loudnoise sampler. Then as always I started a search to see if there were any albums. I really like the harmonies of these 2 sisters and the haunting lyrics of some of their songs. Favorite track: Devil We Know.

Phil Johnson Just like First Aid Kit, this proves the harmonies of sisters can never be beaten Favorite track: Sounds Like Somewhere.

Incandescent. Favorite track: Come to Me.

Like truth, beauty resides in simplicity. When it manifests itself, it doesn’t require elaborate arguments or proofs; you can’t debate someone into apprehending it. It’s apparent and all it requires is appreciation, or perhaps even love. Such are the songs of Lily & Madeleine. They present themselves without excessive adornment, confident that even a single listening will captivate you. They present no unnecessary barriers to entry into their world, and in their restraint lies an invitation.

Understandably, when their debut EP, The Weight of the Globe, came out earlier this year, much was made of the fact that Lily and Madeleine Jurkiewicz are teenagers: Madeleine is eighteen and her sister is sixteen. Surely, that’s important given the impressive talent on display. On that release as well as on Lily & Madeleine, their debut album, these two young women sing with a spare elegance that’s all the more breathtaking for seeming to come to them so naturally. Both Lily and Madeleine can sing powerfully, but you will find no show-off pyrotechnics here. They are not afraid of fragility or vulnerability. As with all the best family bands, their harmonies sound effortless, two distinct expressions of the same idea or emotion. It’s a style of harmony that is so subtle that it could almost be singing in unison, so entwined are the voices. It’s a sound that only blood relations can deliver. Lily and Madeleine treat their voices as instruments that are in service to their songs. They are vehicles of feeling and meaning. They do what they need to do to reach your heart. No more, no less.

That virtue, to my ears, reflects the sisters’ upbringing in the Midwest. They are from Indianapolis and they recorded this album fifty miles south of there in Bloomington. At its best, the Midwest encourages the sort of plainspoken honesty, entirely free of pretense, that this music embodies. Beyond that, whether you know it or not, southern Indiana is a magical place. Its rolling hills distinguish it from much of the rest of the Midwest, and its summer heat and proximity to Kentucky give it a distinctly Southern feel. It’s the surreal South of early R.E.M. albums like Murmur, Reckoning and Fables of the Reconstruction. And just as the University of Georgia did for R.E.M.’s hometown of Athens, the presence of Indiana University in Bloomington helps give the town a kind of rural open-mindedness. The most modern, up-to-the-minute ideas are alive there, but in a context that recognizes and accepts the ongoing resonance of the past. As William Faulkner wrote, “The past is never dead. It’s not even past.”

“These songs are an expression of youth as all Romantic poetry knows it to be: a repository of yearning and wisdom that will eventually have to do battle with the world in order to retain its luster.”
I hear all of that and more on Lily & Madeleine. Most wonderfully, their songs are exactly an expression of their youth. That does not mean they are naïve – far from it. Nor, thankfully, are they merely precocious – young people performing the parlor trick of mimicking their elders. It is the sound of innocence on its inevitable search for experience. The themes of this album – the passing of time and the seasons, the ache of desire, the quest for identity, the wonder of what’s ahead – are not just the concerns of youth. They matter to everyone at every age. But as “maturity” sets in and all too often yields to cynicism, we lose the willingness, the fearlessness, to explore them. Rather than hopeful, we become afraid of what we will find. These songs occupy the space we live in before that fear descends and we succumb to its limitations.

In that regard this is music without limits. It comes from a specific place – in the words of one song, it “Sounds Like Somewhere” – but it transcends those origins and ascends into the universal. It is eminently of its time, and it is timeless. It is a sound evoked by the voices of two young women, but it is for everyone. “In the shadow, boy meets man,” Bono sings on “Twilight,” from U2’s debut album, Boy. Lily & Madeleine exists in that same half-lit netherworld between adolescence and adulthood, this time from the female perspective. Girl meets woman in the shadowy realms of this album, and the journey does not proceed in only one direction. Yes, Lily & Madeleine look ahead to the women they will become. But no adult who listens to their songs will fail to feel the emotions of their youth reanimated.

Of course, Lily & Madeleine benefit from the great help they’ve received in making this album. That’s hardly a surprise: The ease of these performances does not come easily. Their producer and manager Paul Mahern conjures sonic environments that are perfectly suited to these songs. The vastly talented Kenny Childers of Gentleman Caller co-wrote these songs with Lily & Madeleine. Both Mahern and Childers have helped shape the Indiana music scene for many years, creating the musical world that Lily & Madeleine have now entered. It is an ideal collaboration. And it is certainly appropriate that Lily & Madeleine have found a nurturing home on Asthmatic Kitty, the adventurous independent label, co-founded by Sufjan Stevens, that sets a standard for encouraging daringness in its artists.

It’s a coincidence, perhaps, but a lovely one that Madeleine’s very name alludes to one of the most famous scenes in all of literature, from Marcel Proust’s masterpiece In Search of Lost Time. In the first book of that epic work, the young character Marcel tastes a cake called a petite madeleine and experiences a rush of memories and feelings. He attempts to hold onto those emotions, but they fade as the taste in his mouth disappears. They are bound to the sensual experience of that first taste, and further bites only serve to dissipate the connection further. We have all had that experience. For Marcel to discover the true source of those emotions, he must finally look within himself.

The songs on Lily & Madeleine trigger similar emotional effects. The shimmering recollections of that summer, that girl, that kiss, the scent of that evening air, the heat of those afternoons, all float in and out of consciousness as these songs play, transporting you to the world inside you that knows everywhere you have been, but that does not know time, or its passage, or its end.

Sisters with distinct and ethereal harmonies reminiscent of a bygone era of popular music.

Bandcamp Daily  your guide to the world of Bandcamp

Cannibal Corpse's George "Corpsegrinder" Fisher stops by for an interview